For my flight to Istanbul, I arrived at the airport well in advance in order to work a bit in the lounge and to have enough time to take some pictures before it fills up (this was a reasonable assumption, as only those who don’t know how to use Photoshop a few among us do not have a Miles&Smiles Gold card).

The Star Alliance Lounge is located behind Passport Control, across from Gate 9. You’ll want to take the elevator to the second floor to get there. You can find other lounges on this floor, as well. 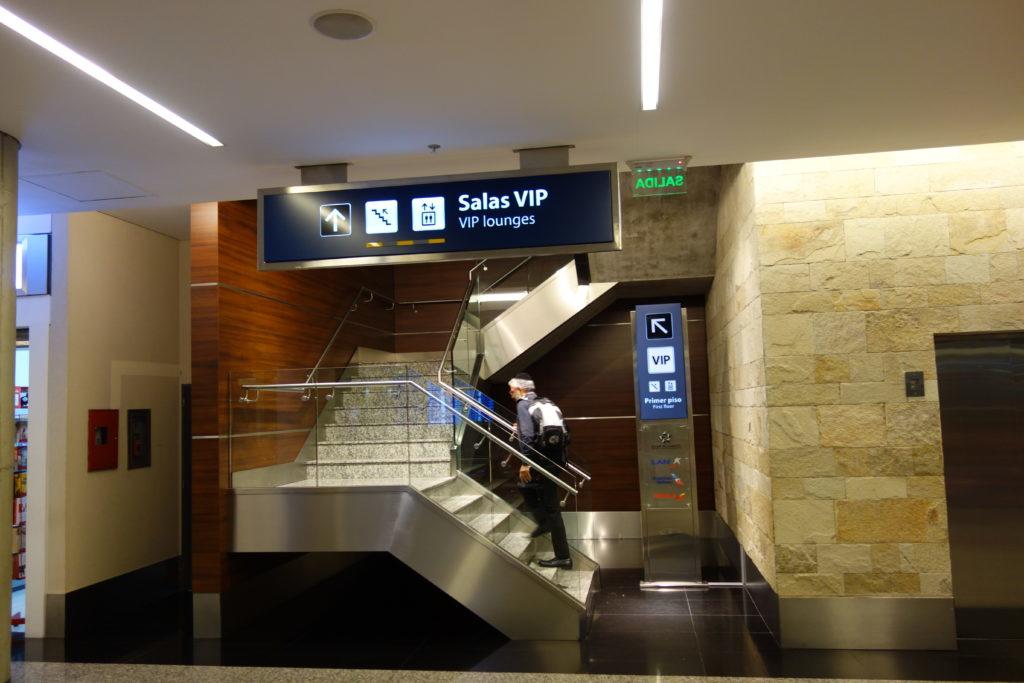 The Star Alliance Lounge is located to the right, at the end of a long corridor. 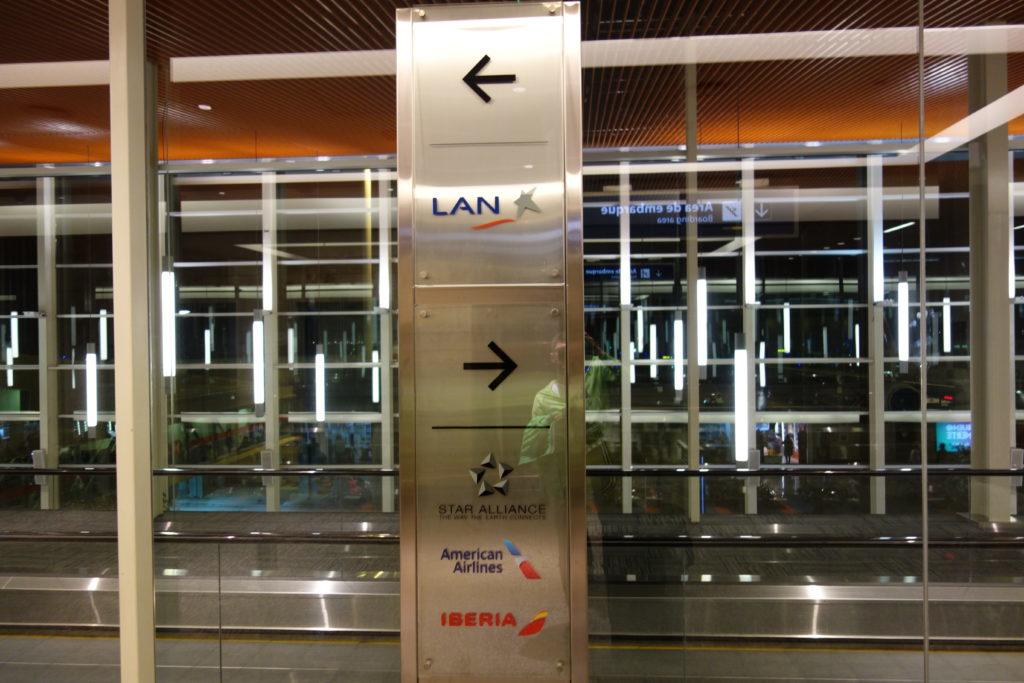 When I arrived, the lounge was pretty much empty. I was really impressed with what I saw. While I was there, I completely forgot that I was in an airport.

It’s extremely rare to see a lounge that is not only functional, but that also has character. I would describe the interior design of the lounge as very “Argentinean”. The abundance of wood furniture had a rustic look, which paired well with the comfy fabric cushions, luxurious leather seats, ranch animal art work, and fur furnishings.

The color palette used in the décor was very welcoming and calming – soothing whites and grays, warm brown shades, and pops of gray-blue accent colors. The interior design of this room instantly had me feeling relaxed and warm (though, I sort of wish I had been warm in a literal sense, as the A/C was a little strong in here! But, I digress).

The main part of the lounge featured low tables, with two or four chairs around them. 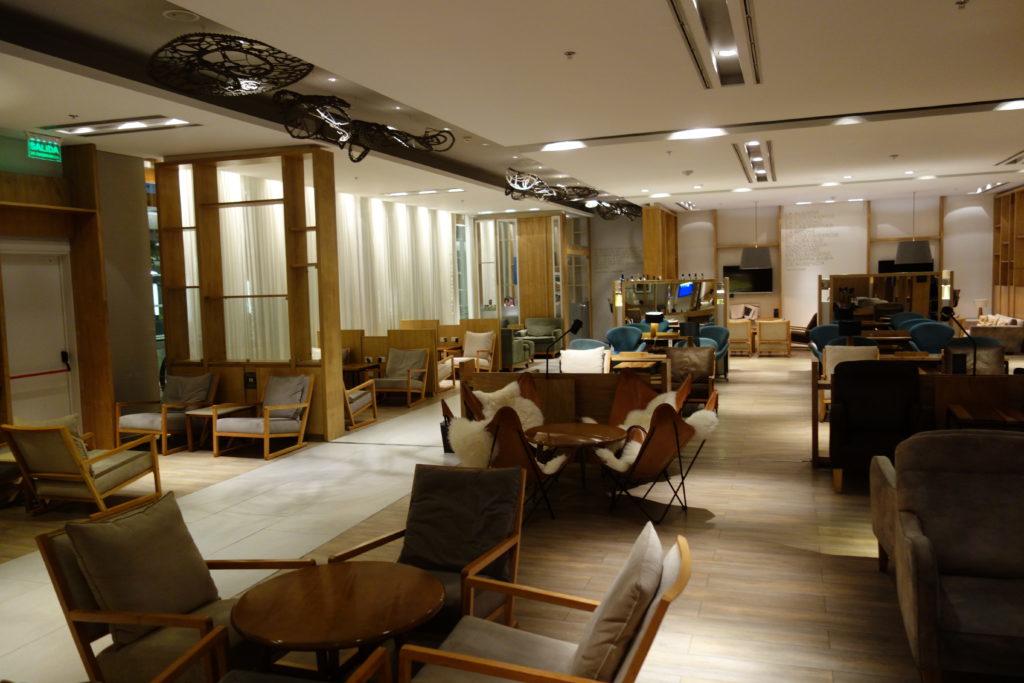 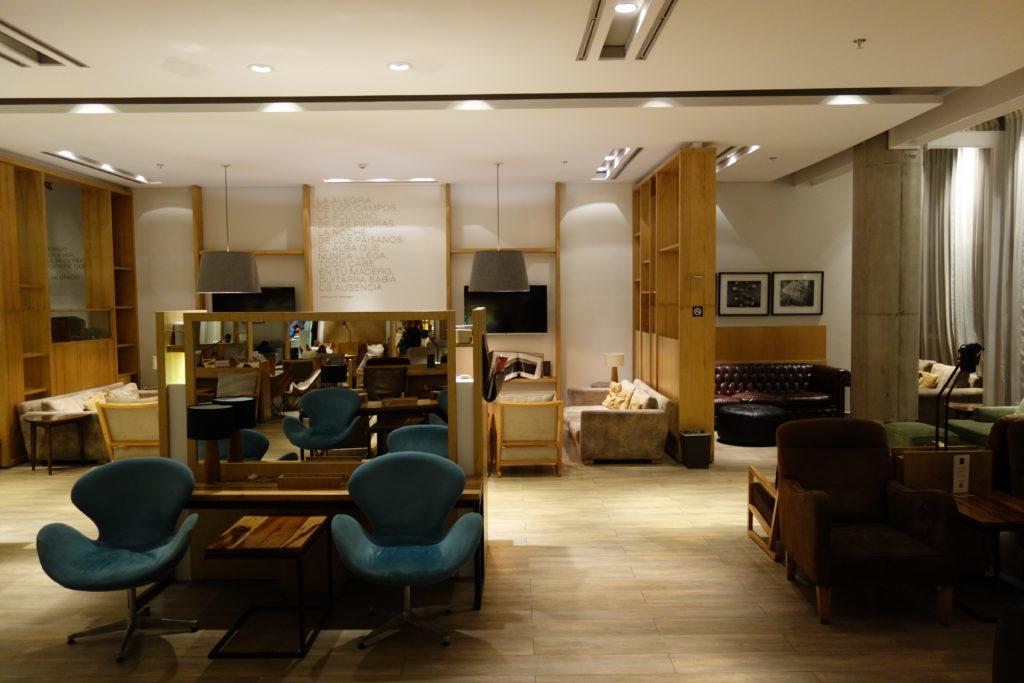 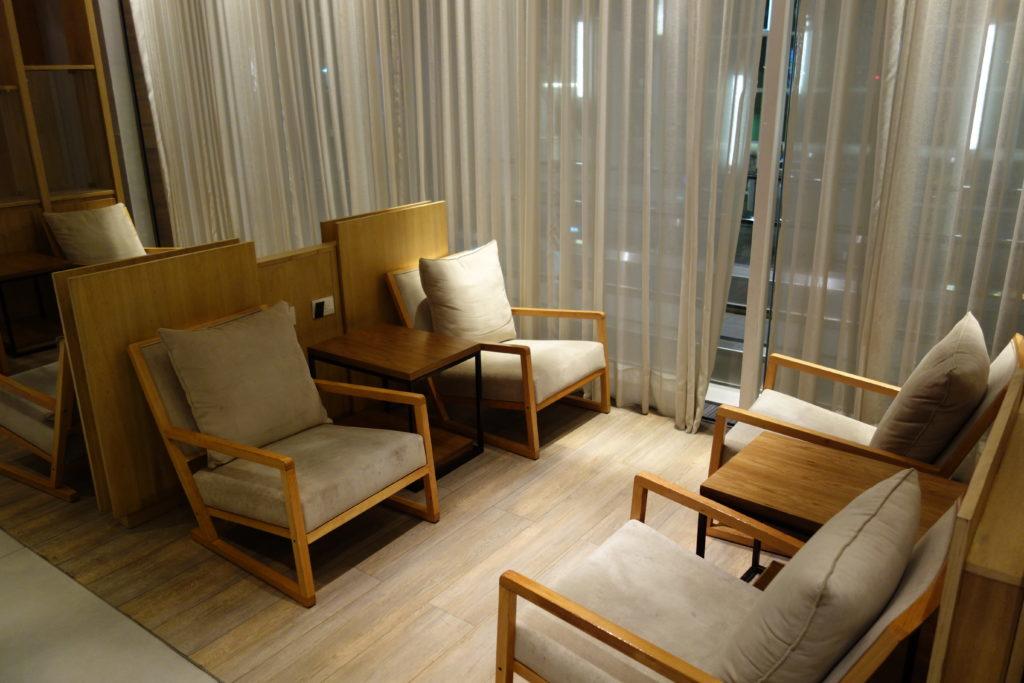 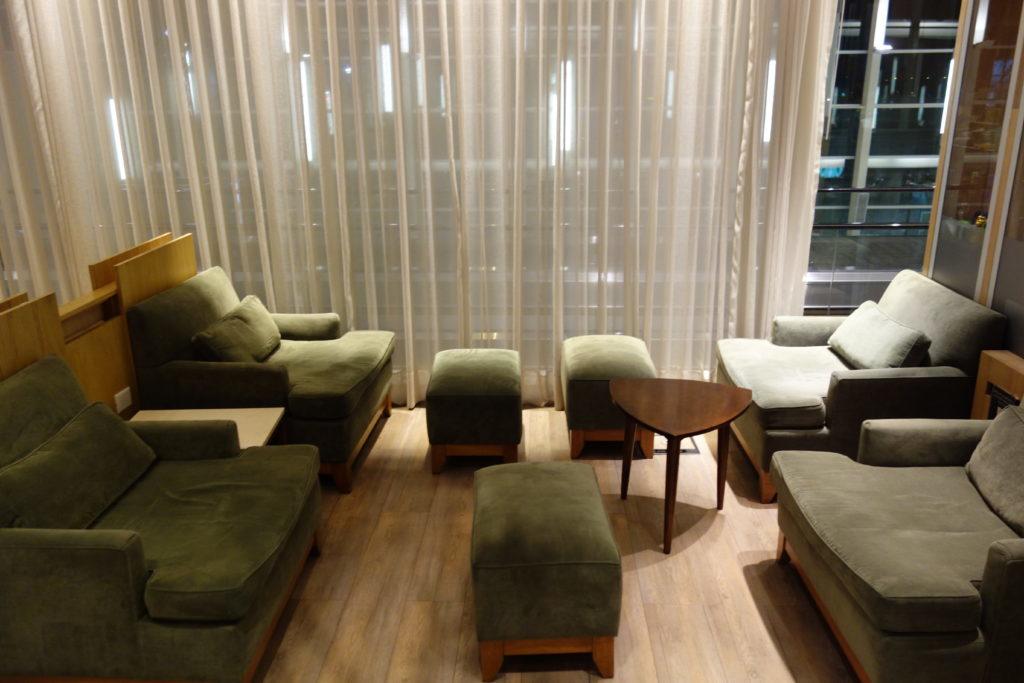 Each piece of furniture was different and attractive in its own way. Each table had its own electric outlet, and there was an individual reading lamp at every seat. 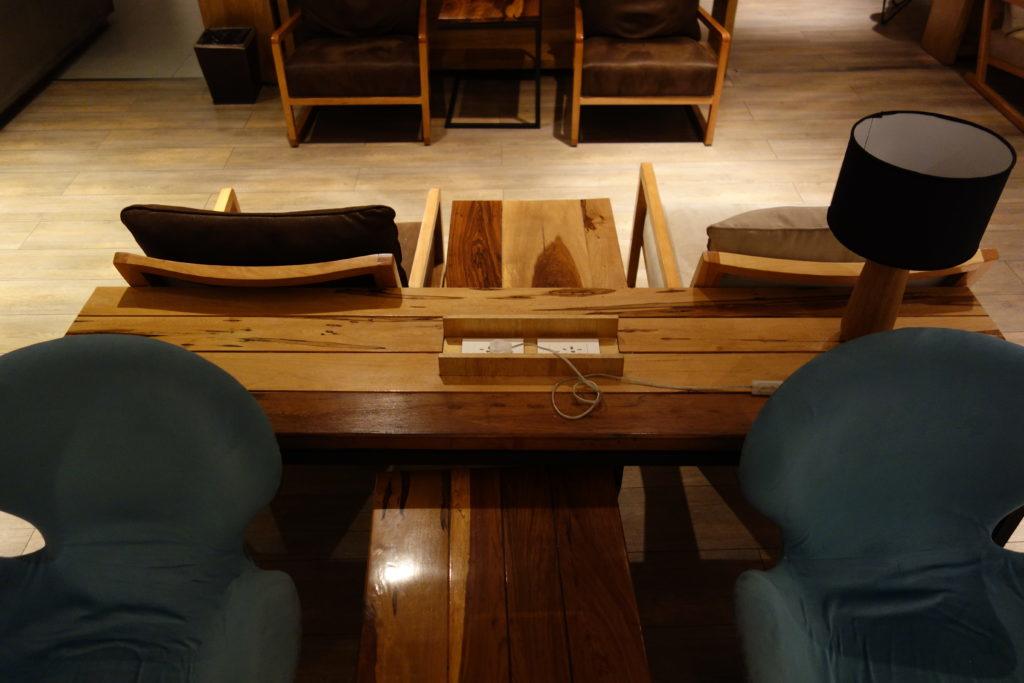 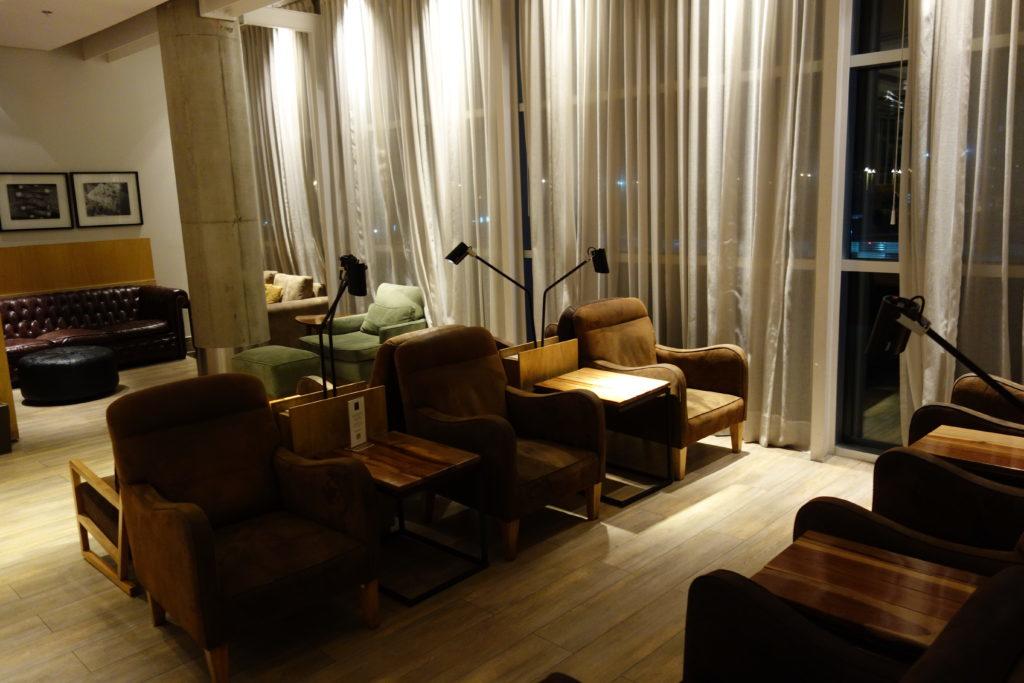 There were also some couches. Isn’t it a such a comfy place to relax? It reminds me more of a country house, than of an airport! 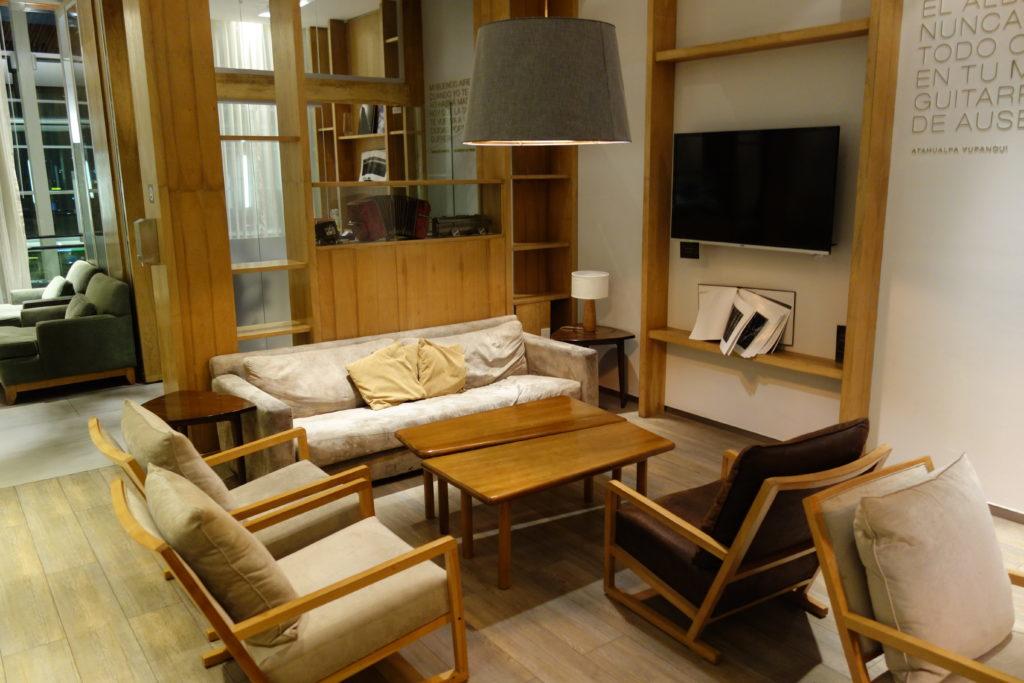 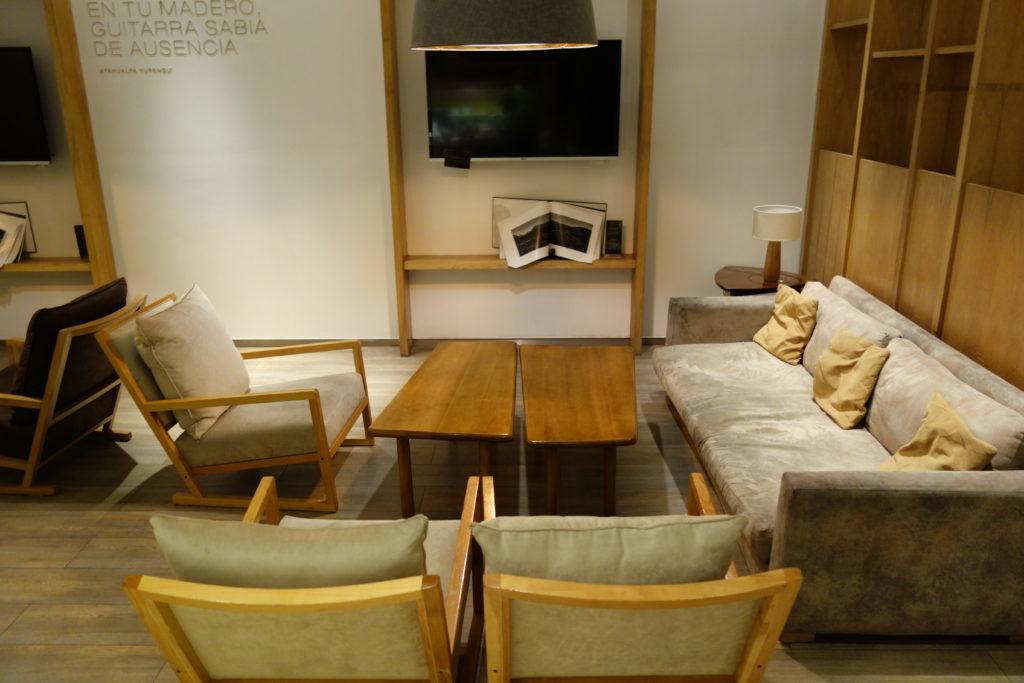 If I had to find a fault here, I would say that the room could use higher partitions to add more privacy. 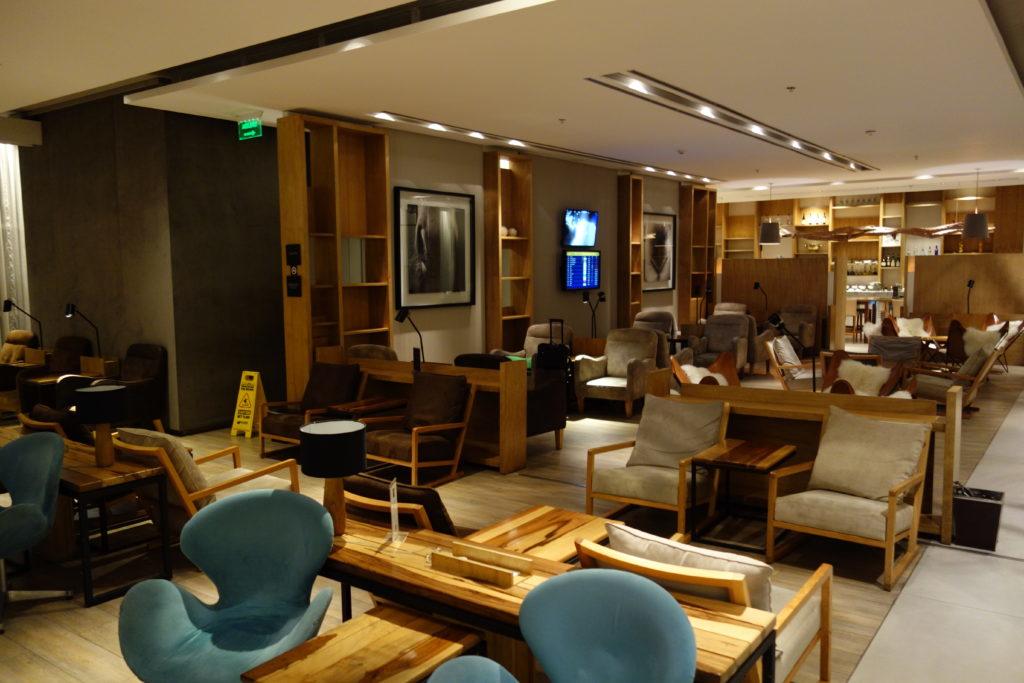 I particularly enjoyed the leather seats with the sheepskin throws, as it really brought to mind the idea of ranches, horses, and saddles – they just really went well with the overall theme of the lounge.

And I really liked this cute cowhide ottoman! 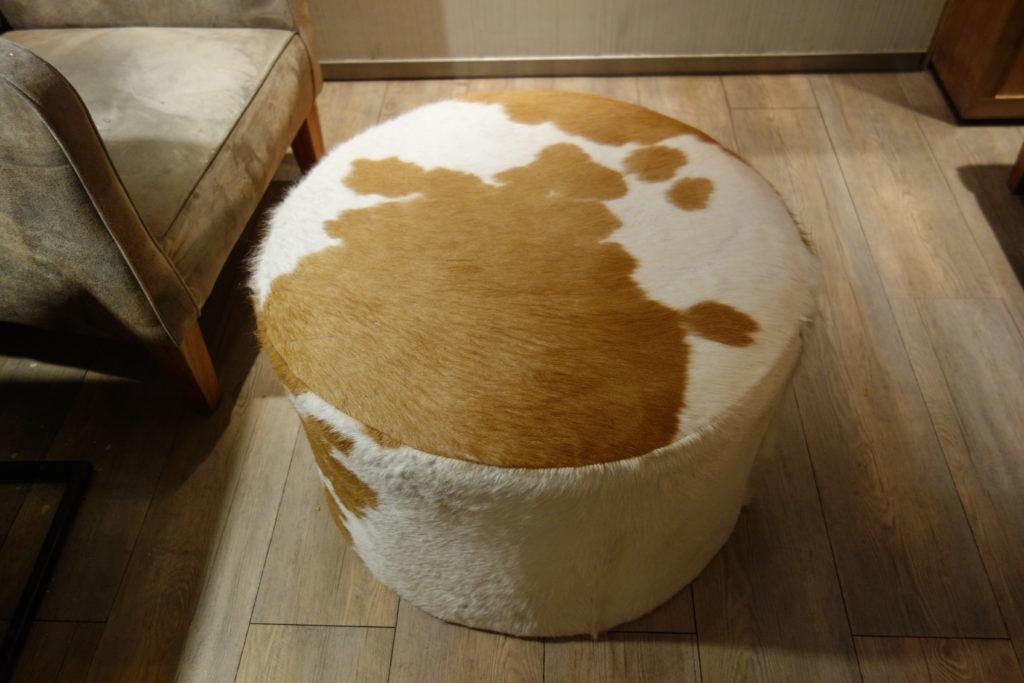 The “ranch” theme continued through the photographs hanging on the walls. I guess it’s worth asking: what do you see here? 🙂 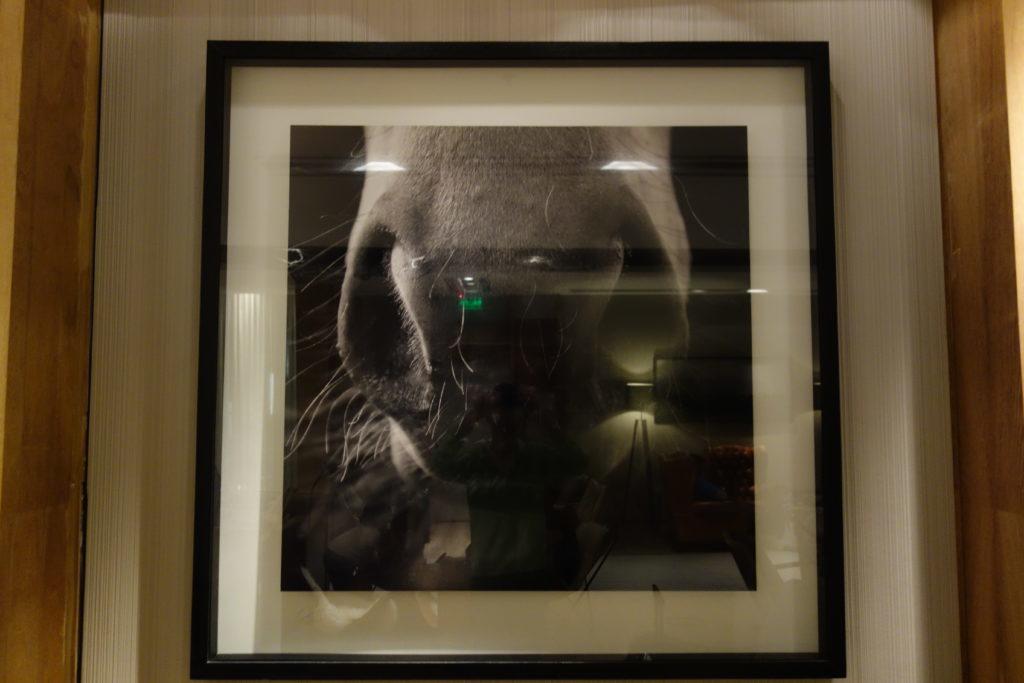 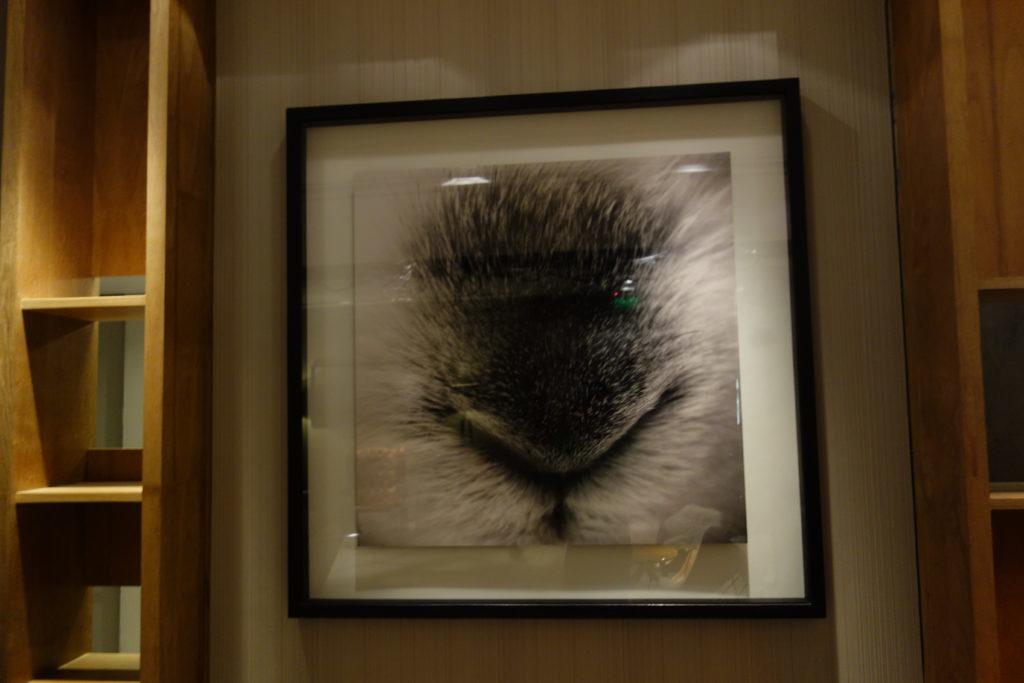 There were two small lunch counters at the back of the main area of the Lounge. The first one had some light snacks – olives, cheese, ham, nuts, wines and spirits… 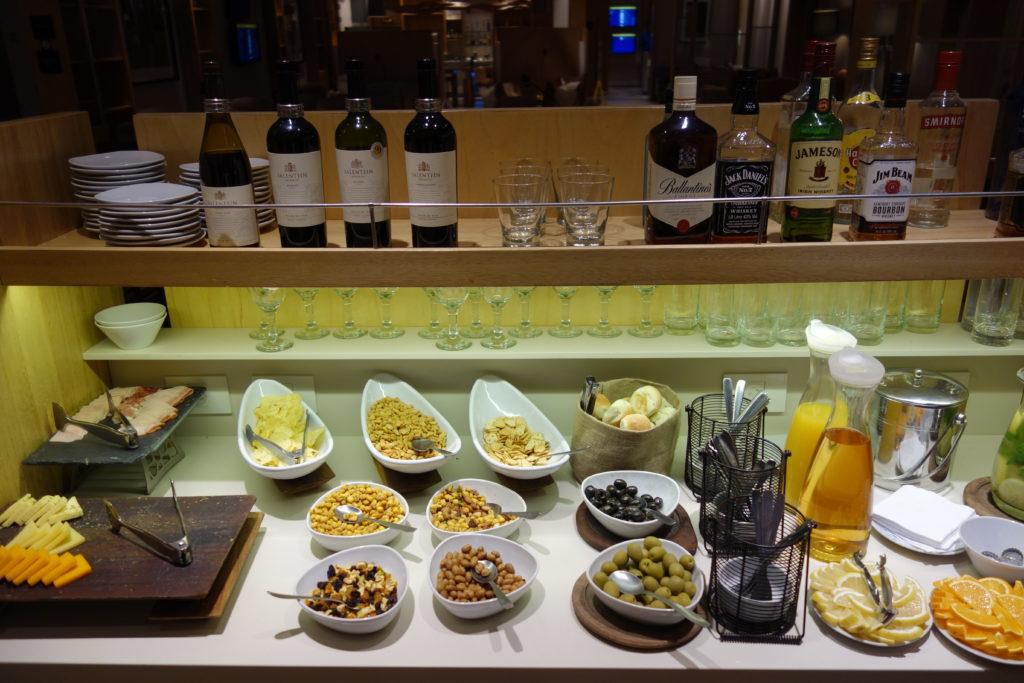 The other one had sweets, bread and all the necessary stuff to make tea.. 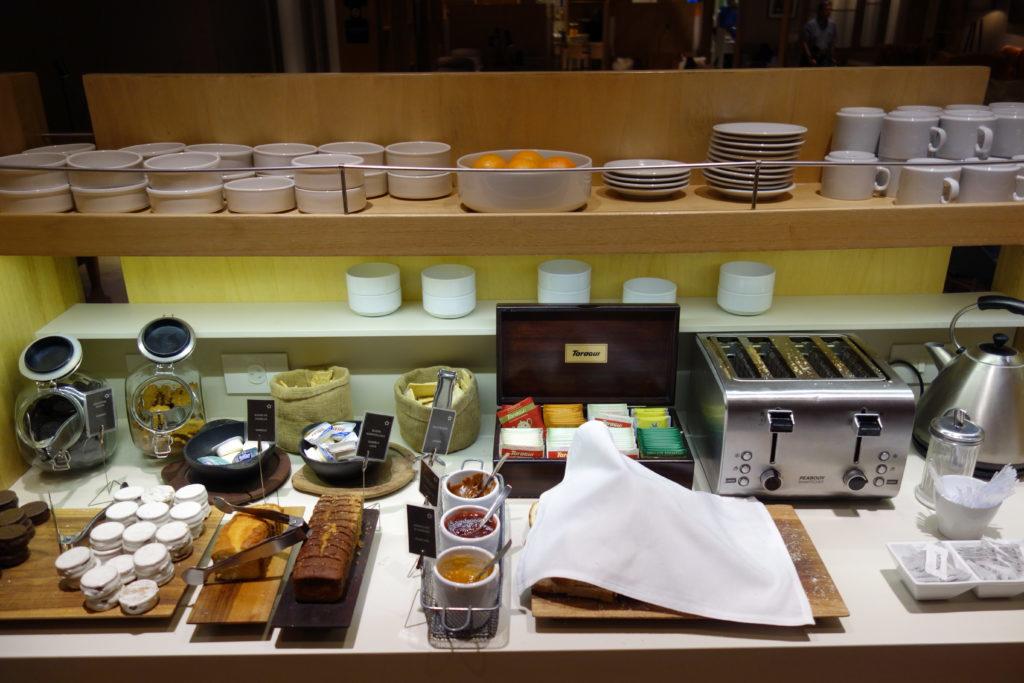 The main eating area was in the front section of the lounge, on the right-hand side of the reception area.

There was a long wooden communal table, and several smaller ones which seated four people each, at the window. 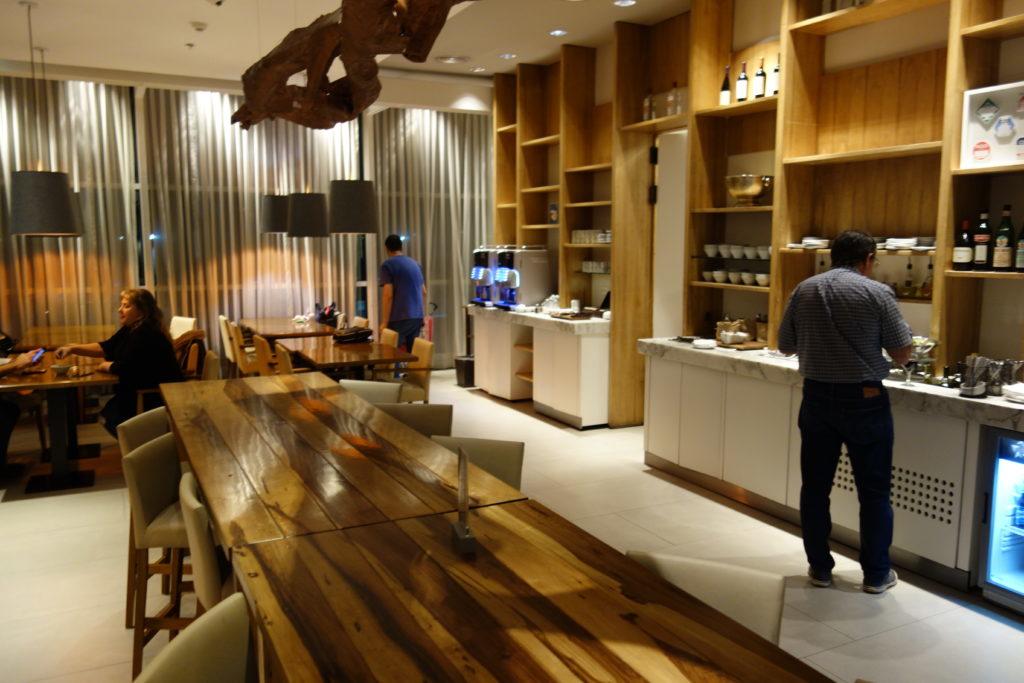 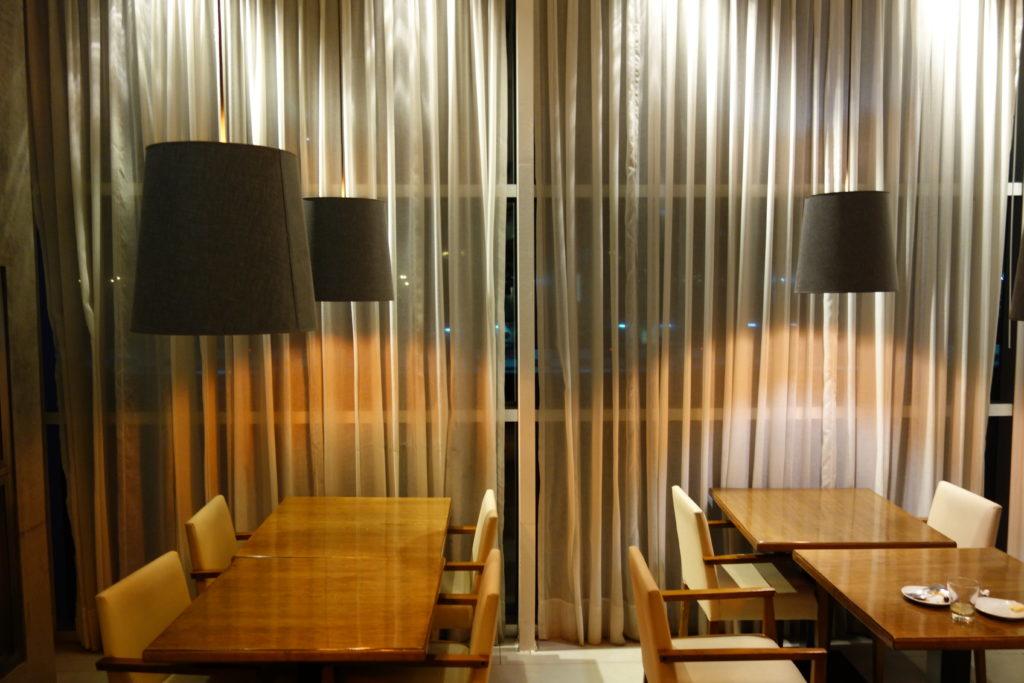 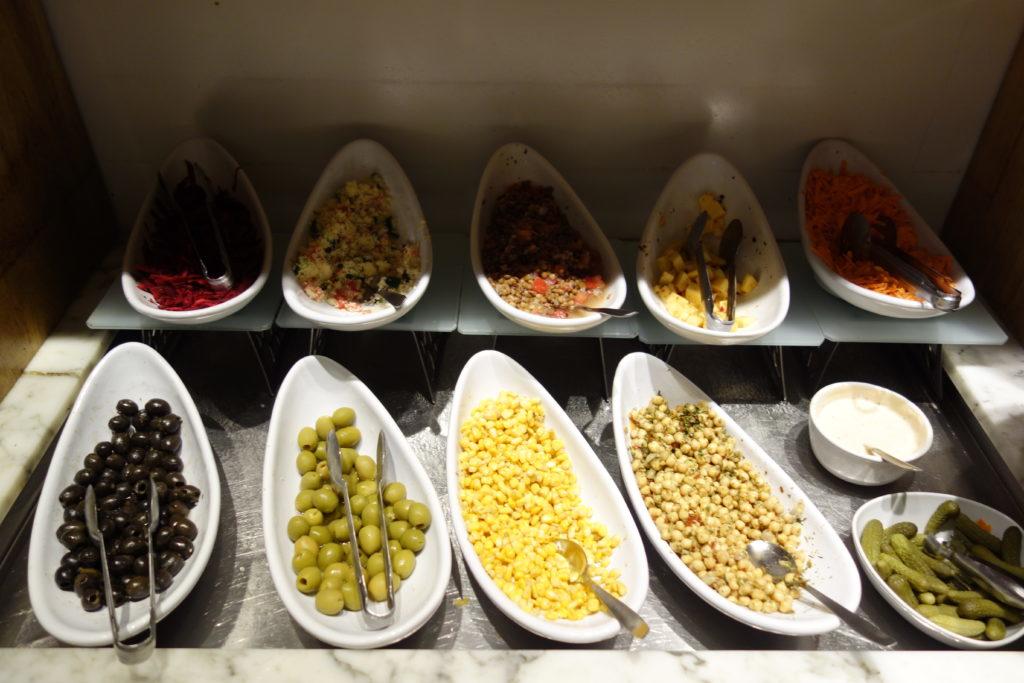 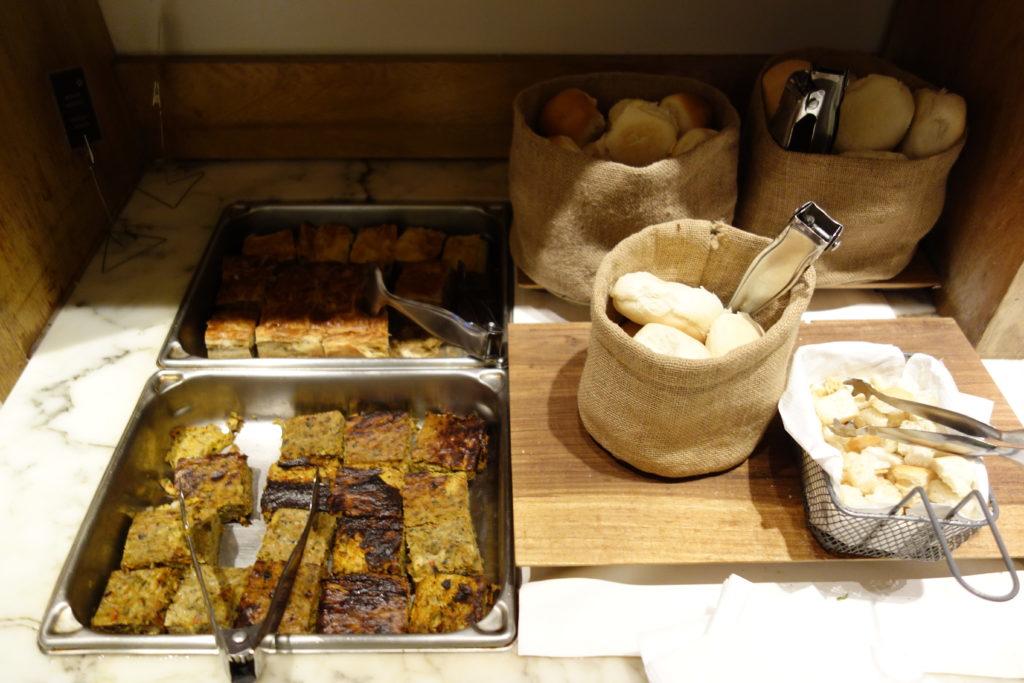 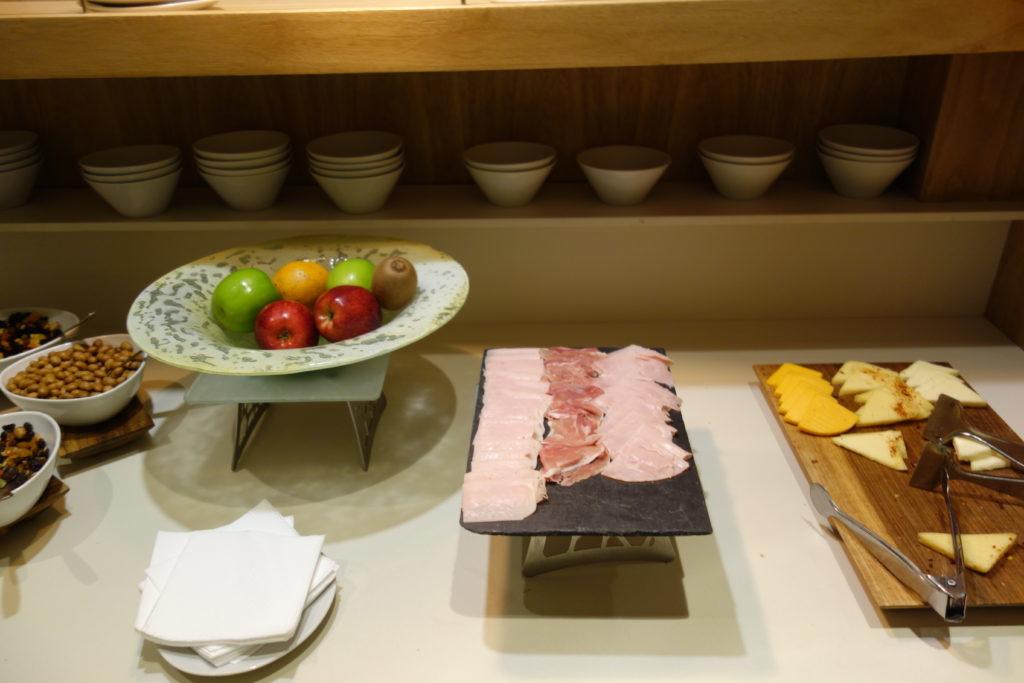 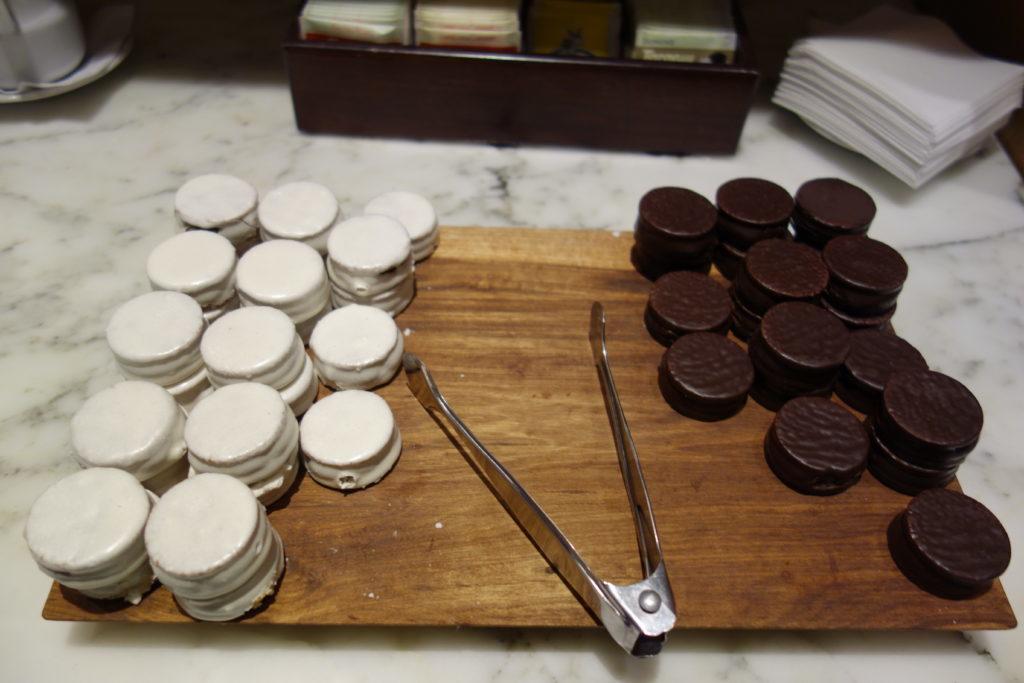 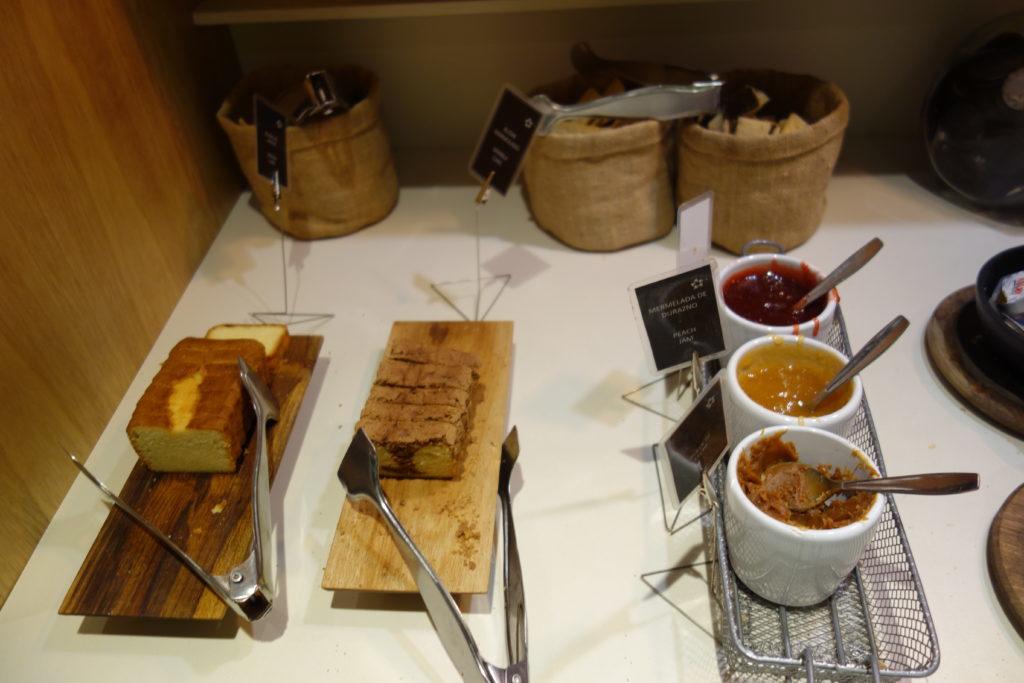 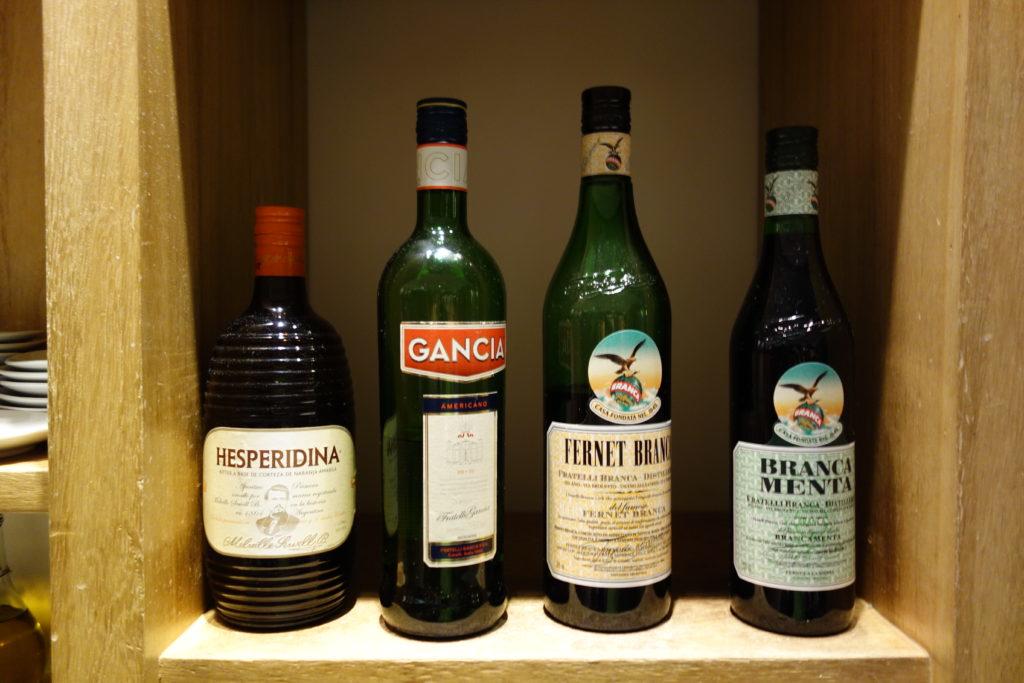 There were also two coffee machines. 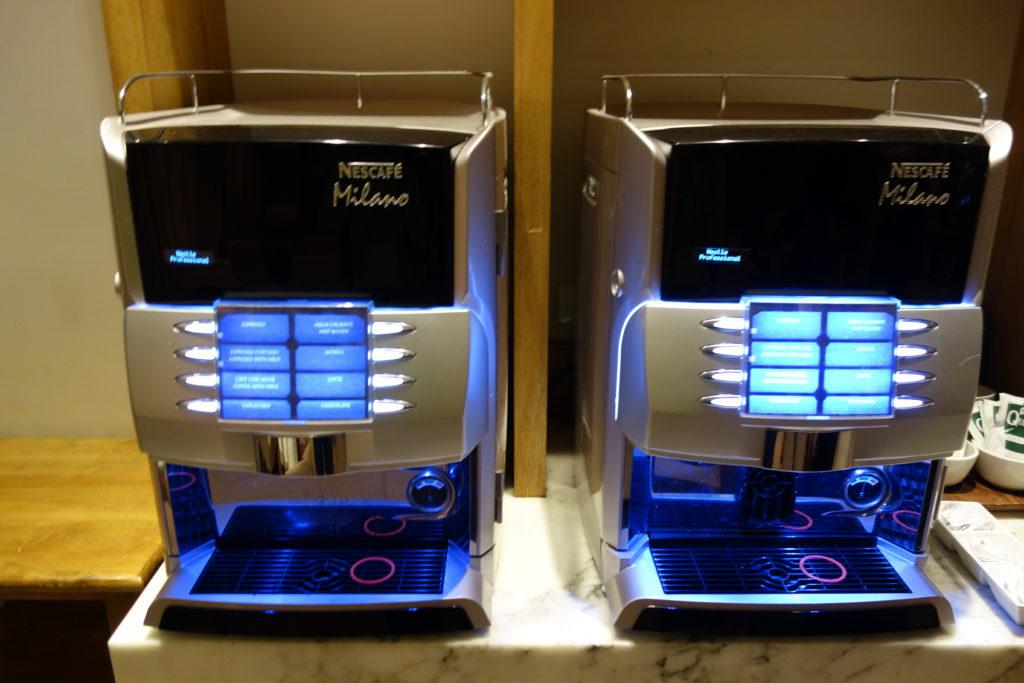 I can’t say that the assortment of dishes impressed me a lot. For example, there was no hot food or soups, at all. But, what was offered here did look fresh and appealing. The salads I tasted were delicious. I didn’t want to stuff myself before embarking on a Turkish Airlines flight (though this time that might have been a mistake – more on that later, in the actual flight review).

It’s worth noting that the Argentinean theme was not only limited to the design of the lounge. It was found in the food and beverage selection, too. For example, the ubiquitous Fernet, local beers, dulce de leche, and alfajores – everything was here! All the wines were from Argentina, as well. That was a nice touch. 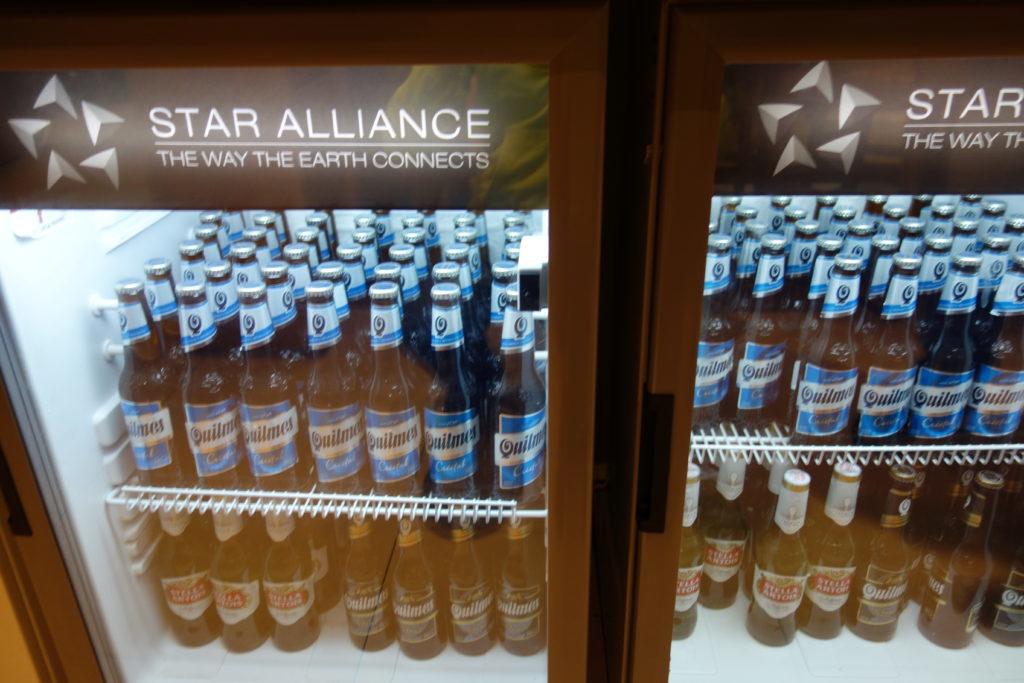 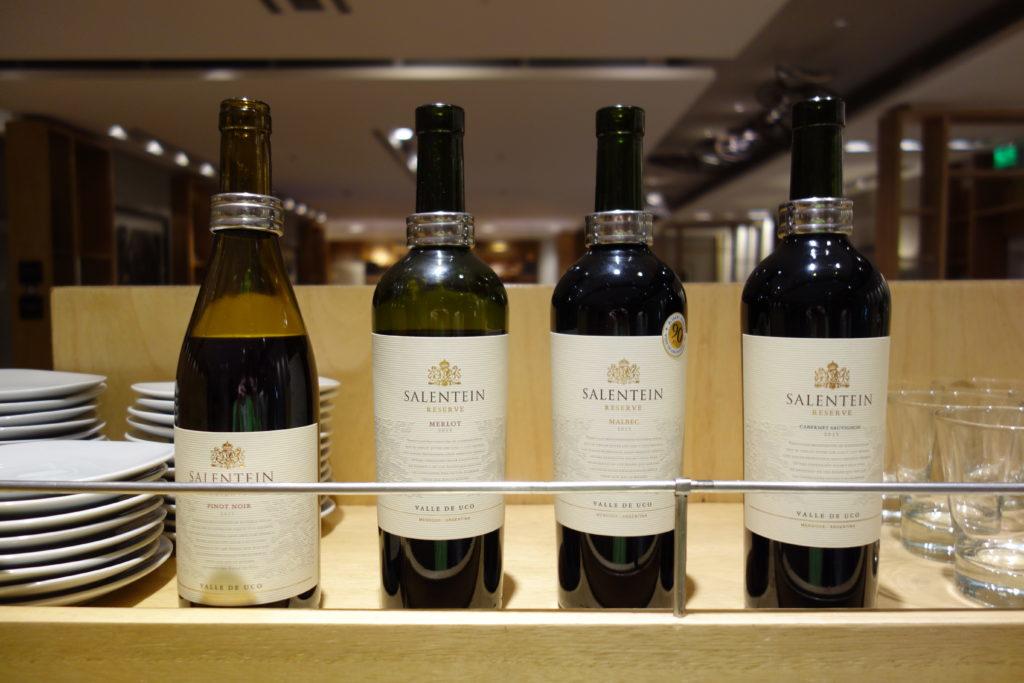 Visually, I found the lounge to be wonderful. I enjoyed the attention to detail, and the quality of the dishes, as they were all well above average.

Now, on to the weak points. As it is in many other lounges, there was no convenient place to work on a laptop. The only real tables were in the dining area. The bathrooms were very basic, and not exactly the cleanest. They seemed to be more at place in the general terminal area. As I mentioned earlier, the air conditioning was way too cold! I eventually had to ask the receptionist to turn it down. I’m guessing the very cold A/C might be a cultural preference, but it just wasn’t suited for me. 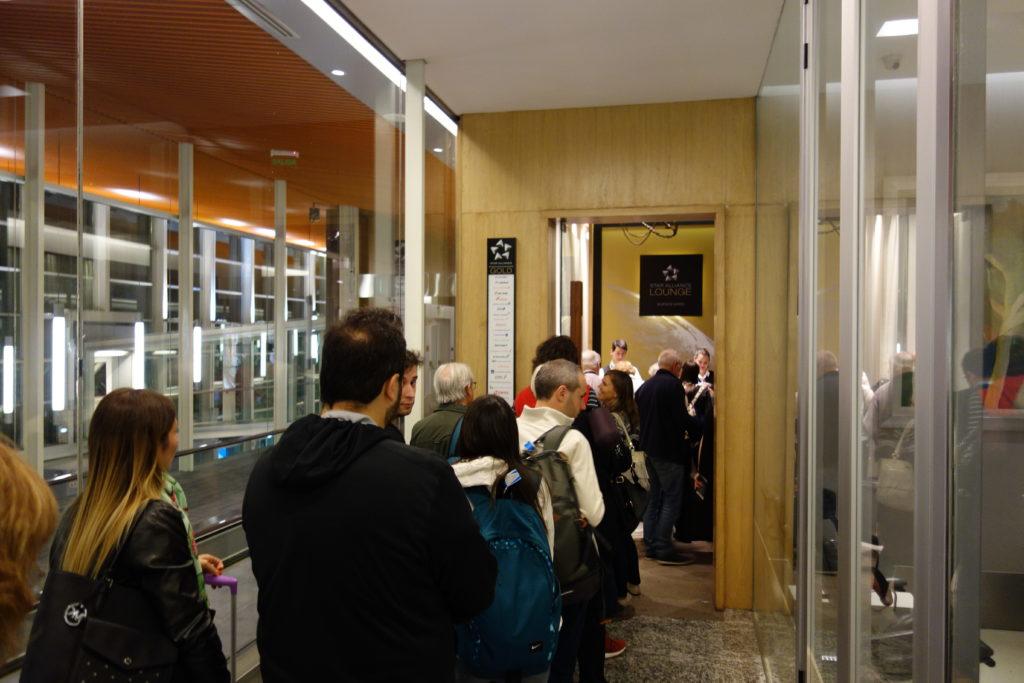 Overall, I was more than satisfied with the Star Alliance Lounge. Not many Star Alliance airlines fly out of Buenos Aires, so the decision to open such an impressive lounge here doesn’t seem to make too much sense. But, it’s definitely going to be a pleasant surprise to most of these passengers!

SCAN THIS QR CODE WITH YOUR PHONE